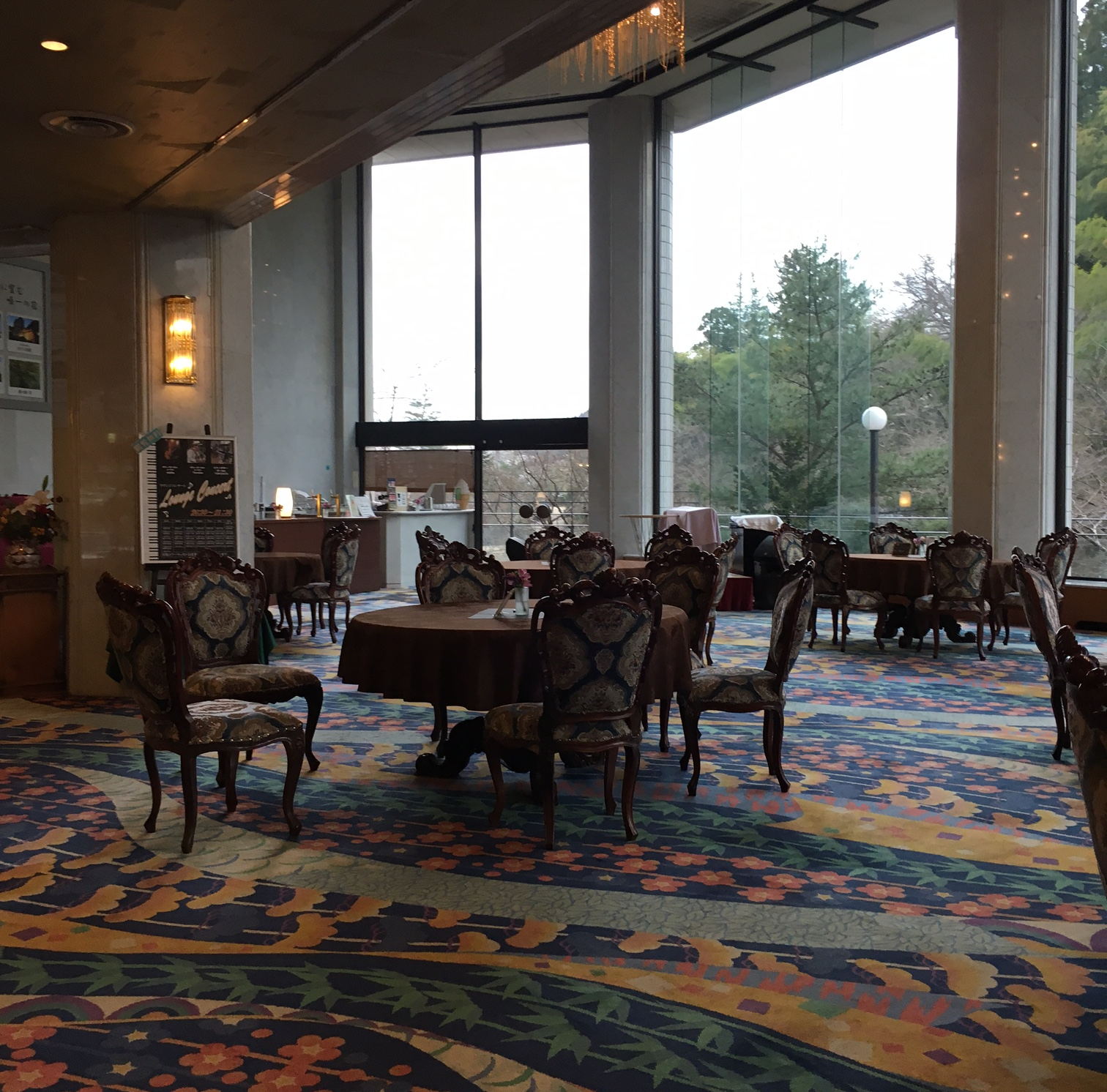 We visited Akiu Grand Hotel, which is in west side of Sendai city, famous for rich Onsens (hot springs).

There are quite a lot of Ryokans(Japanese-style inns) in the westside of Sendai city, Akiu area.

The hotel is one of them.

It will take about 1 hour by shuttle bus from Sendai station.

The breakfast and the dinner was buffet-style, there were lots of kinds of food, which were all tasty.

You can select ‘akiugrand’ SSID.

Not a bad speed.

I felt no stress with it.

Although the whole purpose of going there was to soak in the onsen, I didn’t since I was really tired.

Meanwhile my son was happy to wear “Yukata” 🙂

Or, you can use Shinkansen, taking less than 2 hours.

Also there are tasty sweets, famous for Japanese people, called “Ohagi(おはぎ)” in a supermarket “Saichi(さいち)” :

If you visit this area, it is worth going to this supermarket and try to taste it 🙂